Today’s studio closeup is of a new piece that is part of The Museum Series: The Beloved Beaver. I have a fascination with cutaways, cross sections, dissections (whatever you want to call them) allowing us to understand inner workings of worlds we cannot see. The intricate illustration of the beaver dam and beaver house in the center of this piece is a perfect example of this and I wanted to preserve all of its detail the artist originally intended. I remember Racine, WI’s Public Museum in the 1970’s had this tunnel you could go in which serpentined through the museum and inside there were cross sections of the hibernating animals of Wisconsin. The tunnel then morphed into what was buried inside all of the Native American Burial Mounds scattered throughout the city. You literally felt like you were underground but you were only on the first floor of the museum(!) And you only realized this when you'd come out of the exhibit blinded by the intense daylight of the lobby. Trippy! I think in the early 1990’s they got rid of that awesome exhibit which gutted me. I’m still not over it. I always keep a lookout for any old Racine Public Museum postcards or guidebooks, but I have not been successful thus far. Never know though!

The piece itself will house two dioramas and two National Geographic filmstrips which I have included closeups of here. One setback with working with old filmstrips is that some of them fade over the years to a sepia tone. I wish there was a magical real life photoshop tool to bring them back to life in the physical world. I have been experimenting with a translucent paper called “Opalux” and drawing inks but I’m still not there yet. Instead, I am currently using colored cellophane to try to bring more life to these old images.

Don’t be surprised if the next time you see this piece some of the inner painting changes here and there. There are still some things calling out to me to resolve; I just don’t know what the solutions are yet. It won’t change drastically, but there are certain things irking me when I step back and look. When I get like this, it’s best for me to look at, and work on, a different piece for a while which is what I intend to do. Please enjoy! 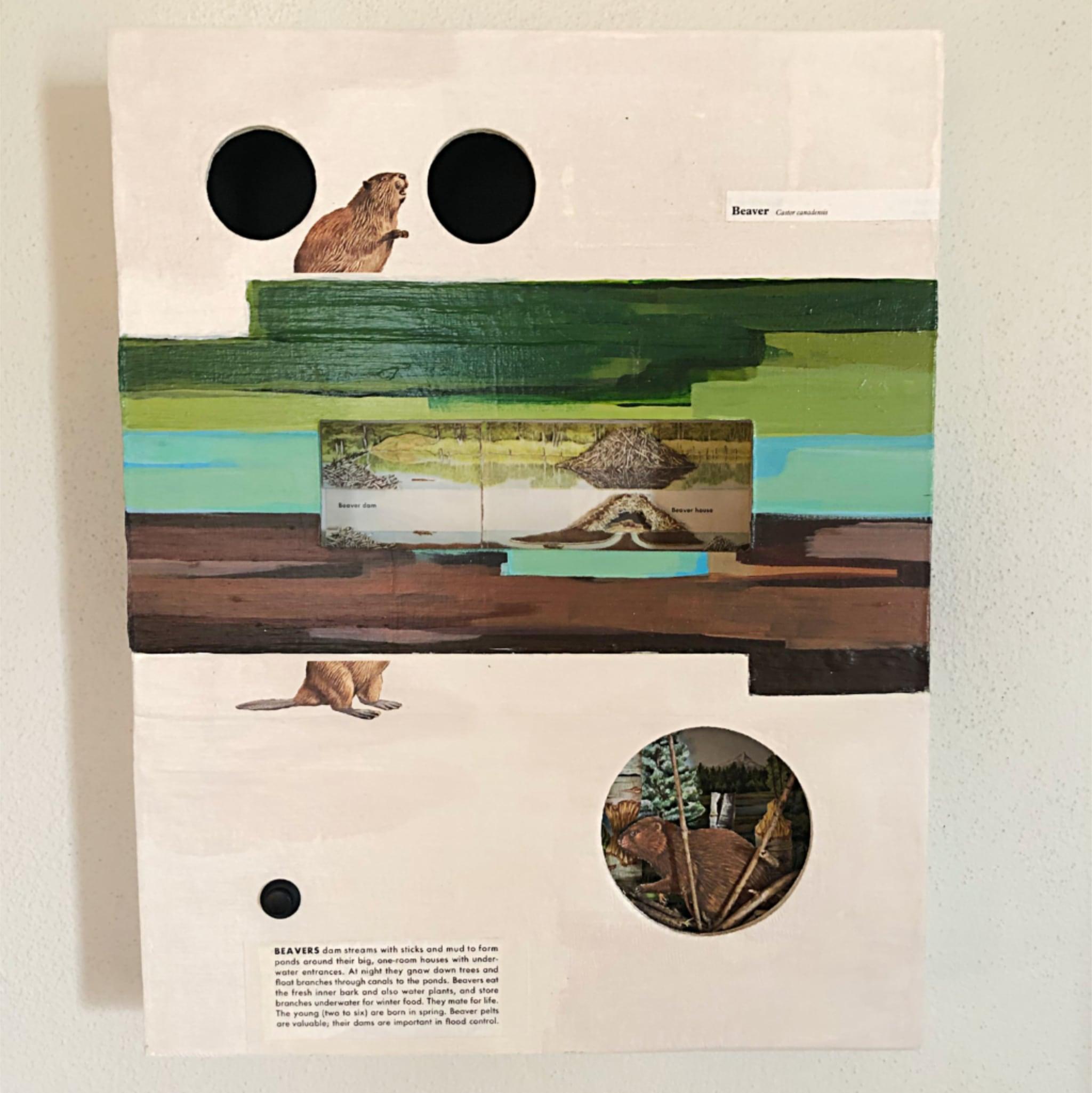 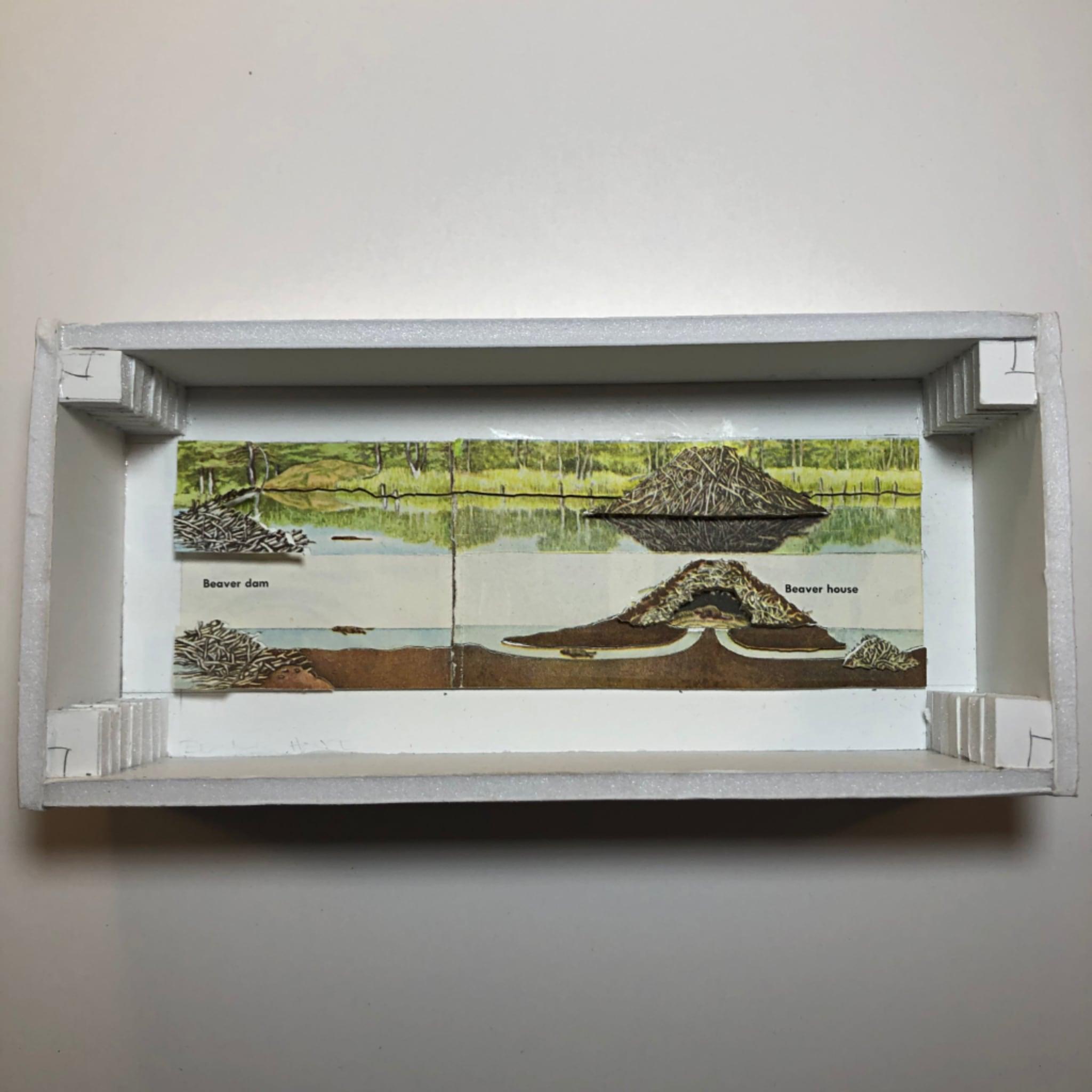 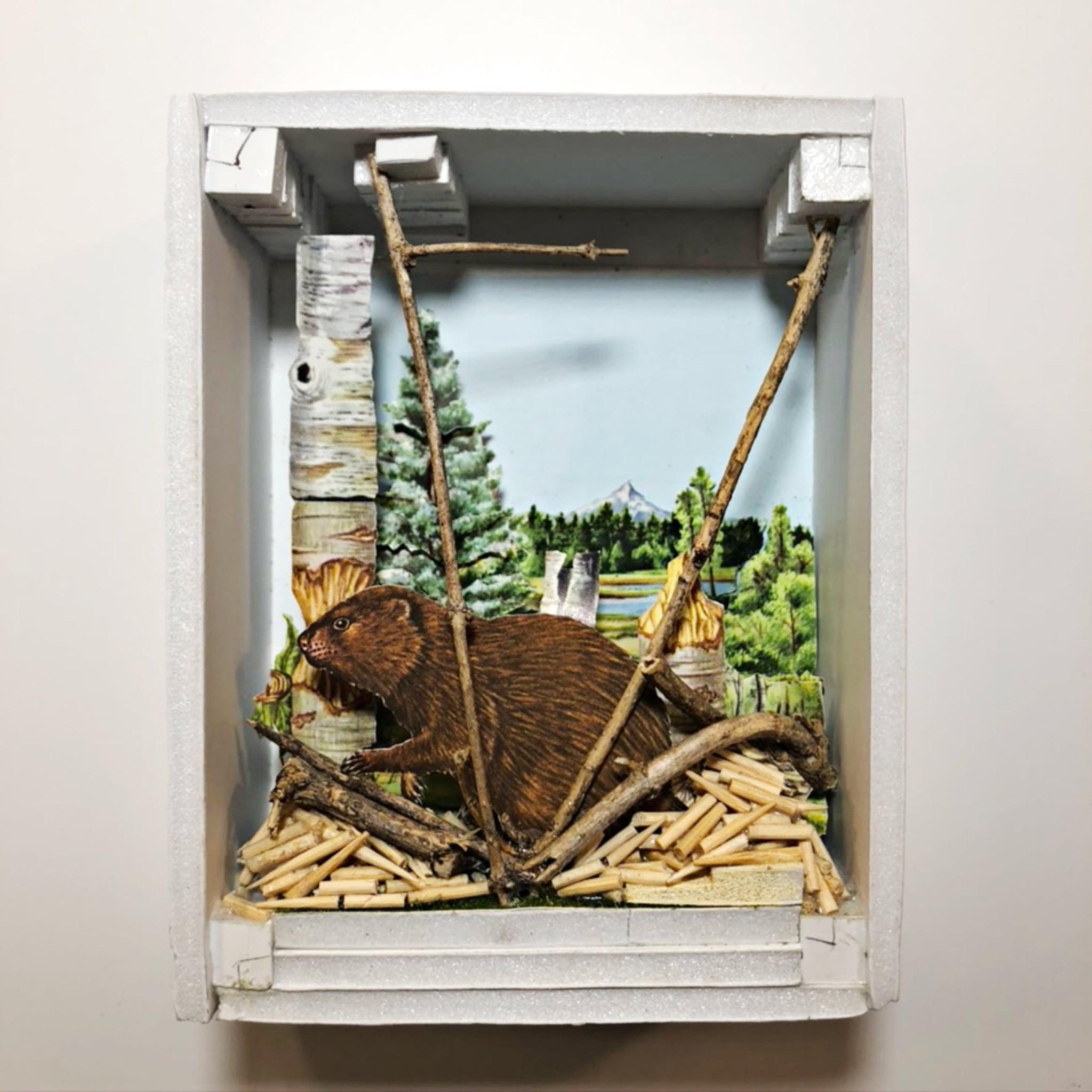 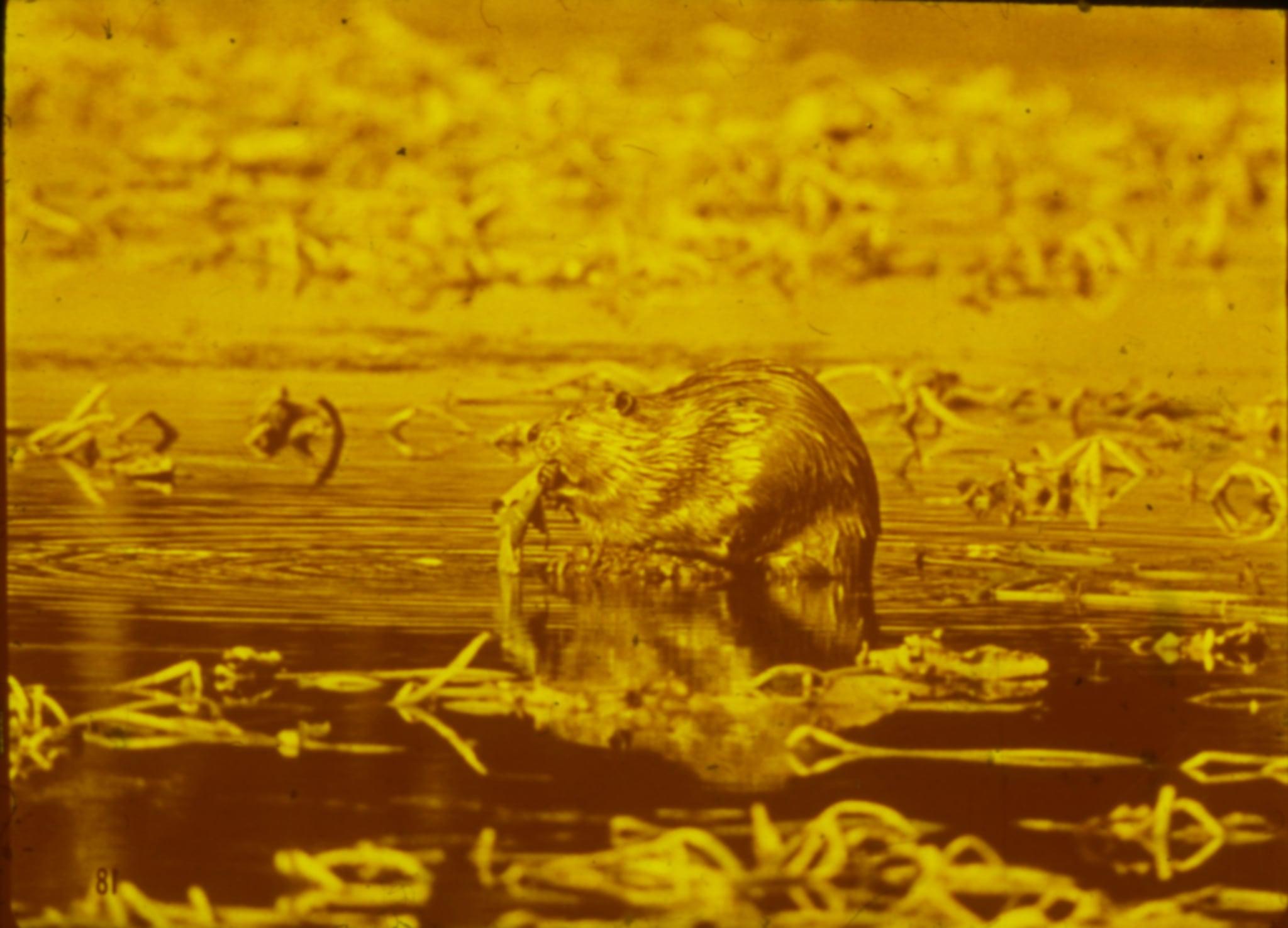 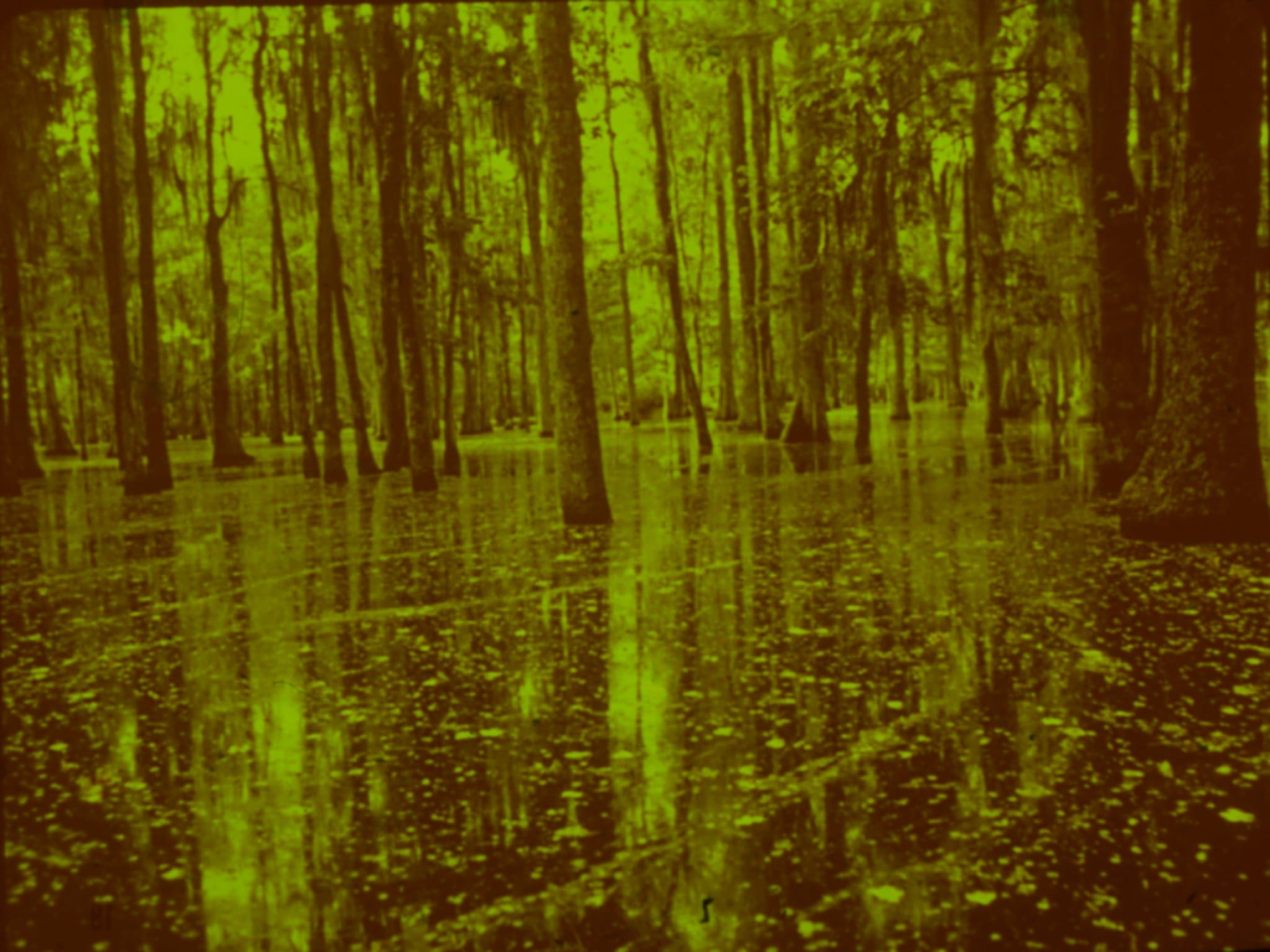